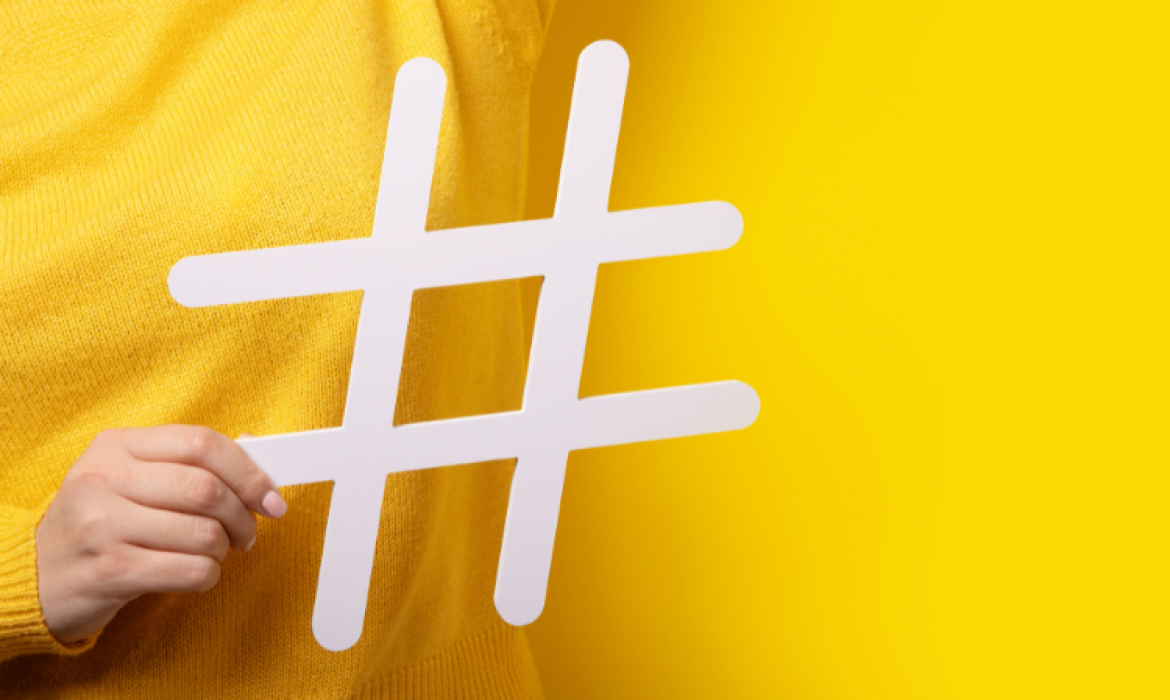 Use of Hashtags in Social Media Marketing

Hashtags are a very important part of any social media marketing campaigns. Right hashtag  attract a large amount of crowd and create a very big impact.One cannot forget that #MeeToo became a revolution and gave the crowd a voice to come forward and tell their  secrets and their plight. Nike’s #Justdoit is not limited to its tagline, it has become an affirmation to many.

Hashtag is a keyword which is highlighted by preceding it with #. This takes place so that people may easily find your content when they search that particular keyword. The attractiveness and uniqueness of these hashtags draws the audience and encourages them to interact with you and get to know you better. Phrases used in the hashtags are used without spaces.

Hashtags were first started by Twitter and thereafter other social media platforms also adopted them .

How To Make A Good HashTag ?

The things which you should consider in mind while making a hashtags is:

What are the uses of Hashtags in social media marketing?

Hashtags have become a very integral part of social media marketing as they turn out to be  very effective as well as efficient.

Now let’s go through the Uses of hashtags in social media marketing:

Promotion of new product or campaign

Hashtags being short , crisp and catchy helps in promotion of  a new product or new campaign launched by a company. For eg #oreochocolate will let audience know that a new Oreo flavor has emerged.

Hashtag is like a neuronlike which includes the same activity done by a number of people and connecting them in a way . For example #Sunbathing means people who like sunbathing and this hashtag will connect people with like minded people as well as to the various sunscreen brands.

Simplify the process of promotion

Hashtags are short, which is why they simplify the process of social media marketing. As a large amount of explanation is not required.

It helps the consumer to find the appropriate product or content for themselves as they include a large amount of content catering to needs and wants of the consumer. For example if a consumer types #chocolatecake on Instagram so he will be able to connect to various pictures, videos of the chocolate cake . Also he will be able to see the various cake mix brands to help him make a wonderful chocolate cake.

It reaches a large audience

An advertisement posted in the Google Ads may not be able to reach a large audience as the appropriate hashtag made for it because people tend to ignore ads but can’t look away a trendy hashtag. They may even use it on their own social media handle.

Hashtags are a very important and influential tool . However it can generate a large amount of traffic to the social media page and help consumers to know the core values and ideology of the firm. It has become a significant part of social media campaigning. So a right amount of creativity and popularity can bring wonderful results. Hence for more data related to the above topic, you can contact Digital Ipsum. 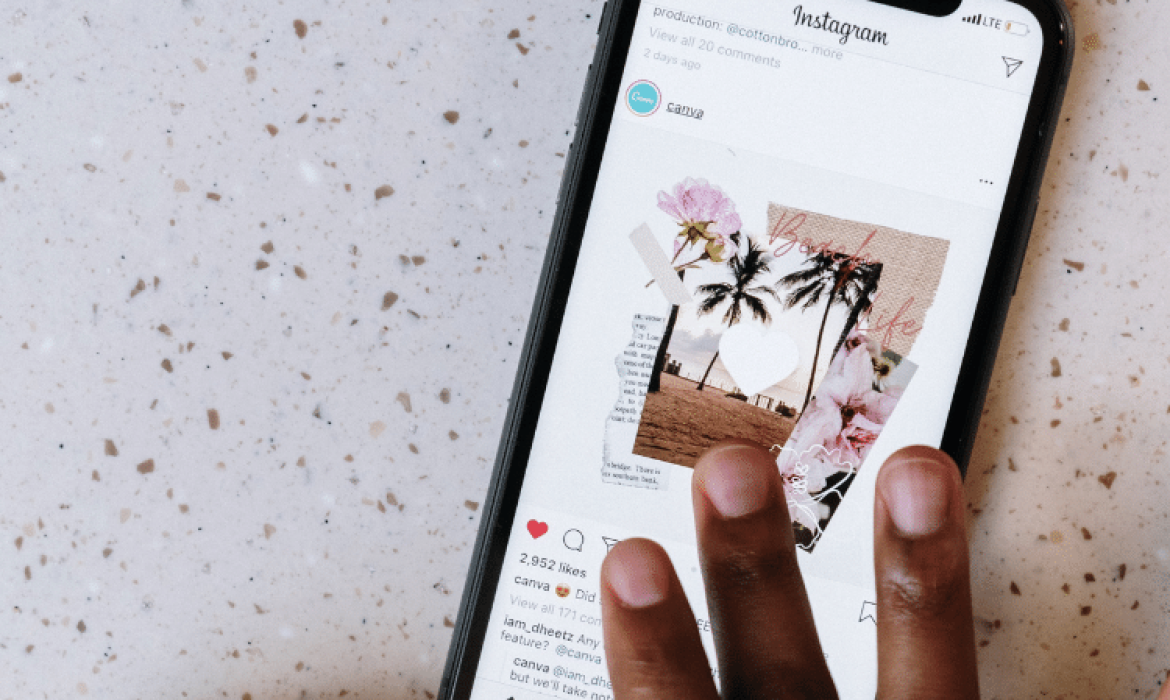 How Reels and IGTV are Changing The Marketing Game

Gives Your Audiences A Look At Your Brand

Instagram reels and IGTV are a short and interesting way of engaging your audiences. It is a great opportunity for you where you can connect with your target customers on a personal level. So one of the best ways to do marketing with Instagram reels and IGTV is to provide your audiences with a look at the large picture. This helps your customers to form a connection with you and your brand. You can show your organization’s work culture, and highlight the efforts of your workers. You can also display how your product fits the regular needs of your customers. This will make your customers identify with your brand and build a more human connection with it. It will also help in making your brand original as well as creating interesting content about your products.

The biggest selling point for any brand is sharing user-generated content. It facilitates originality. So behind scenes videos can boost your brand originality. And leveraging having user-generated content also serves as a helping hand. It will help in increasing your outlook and engagement rates. Interesting content will be shared further by your customers which will automatically hike your brand’s reach. You can also collaborate with influencers to create videos where they use your products and services and promote your brand.  You can also invite influencers to post short clips of your products and services and then reward the one having the best content.

When you showcase your brand and products with real-life experience, it helps your customers to emerge a connection with your product. Highlight the features and benefits of your product by illustrating it in real-life events. Also, try to bring out its USP( Unique Selling Point). For example, if you are having a clothing brand, share a short clip of a model or influencer wearing those clothes and commercializing it. All this was not possible at that time when Instagram was not there.

Spice Your Reel with an Element of Fun

Create content that has an element of entertainment in it. Entertainment always attracts people and customers. So try engaging with them in an entertainment or fun and personal way. This is the platform for establishing connections and formal conversation. You have the opportunity to act naturally and know what your customers feel about your brand. You can also try to create your new trend and ask your followers to join in.

The presence of TikTok in the USA remains doubtful. The TikTok users are desperately looking for an alternative after the ban in India. And it has been proven that an alternative has come in the form of Instagram Reels or IGTV. A bigger audience base (Instagram) will give you a greater opportunity to reach a huge amount of audience.

When TikTok goes out of pictures, these Generation Z TikTok users will move to Instagram to enjoy the Reels feature of Instagram. This will lead to an expanding user base of Generation Z on Instagram. Any business that is targeting an audience related to the section of the generation will find Instagram Reels a very appropriate way to reach them.

Instagram reels and IGTV have led to many things going viral like the ‘old town road’ song. If your brand goes viral on social platforms and your brand has a chance of expanding your customer reach and making them aware of your brand. I am just trying to say that at least we can try. Even if we don’t go viral, any kind of basic popularity will spread about you among the users. Hence it will increase brand awareness among the audience.

For more articles or information you can contact Digital Ipsum Pvt Ltd.

Digital Ipsum Pvt. Ltd. is your one-stop solution for all your digital marketing needs. We make sure to provide you with the most innovative, unique, and amazing digital solutions.